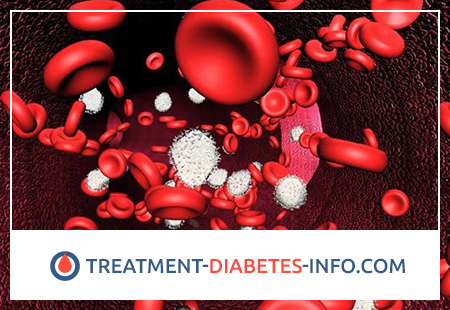 What is Cytostatic Disease?

Cytostatic disease is a kind of polysyndromic disease that occurs in connection with the action of cytostatic factors on the body and is characterized by the death of cells in the process of division. First, the cells of the bone marrow, the epithelial lining of the skin and the digestive tract are affected. In addition, liver damage is a fairly common manifestation of cytostatic disease. The cause of the disease can be cytostatic drugs for treating tumors or suppressing immunity, ionizing radiation and some chemotherapy drugs and antibiotics with a cytostatic effect.

With good hematological control, which consists of counting the number of leukocytes at least twice a week, a course of cytostatic therapy rarely leads to unexpected infectious complications of agranulocytosis.

The clinical manifestations of the pathology under consideration are primarily determined by granulocytopenia and thrombocytopenia (the granulocytic sprout is more inhibited) and the associated complications – tonsillitis, pneumonia, bleeding. The pathological process, in addition to bone marrow cells, also affects the gastrointestinal tract, skin and many other organs and their systems.

In the expanded picture of cytostatic disease, oral swelling of the oral mucosa is the first to be detected. Further dynamics of the oral syndrome depends on the dose of the cytostatic drug: in some cases, the edema turns into mild hyperkeratosis – the appearance of whitish overlays, at first easily, and then with difficulty separated from the mucous membrane, and in others – at high doses – ulcerative stomatitis develops. Sometimes ulcerative stomatitis precedes cytostatic granulocytopenia and thrombocytopenia, but often coincides with them, and they sharply aggravate it.

Knowledge of the basic laws of normal hematopoiesis allows us to understand the effect of various cytostatic drugs, the levels of hematopoietic lesions, which determine both the time of onset and the severity of the hematological syndrome, and the prevalence of hematopoietic lesions. So, if all 3 germs of myelopoiesis are affected, then the drug acted on the cell – the precursor of myelopoiesis. The earlier the drug acts at the earlier stages of hematopoiesis, the later, even with high doses, a change appears in the blood. Even in a large dose, myelosan does not destroy maturing cells, and blood counts are maintained at a level close to normal for about 2 weeks.

The blood picture in cytostatic disease is characterized by a natural decrease in the number of leukocytes and platelets, and anemia is often noted. Leukopenia is expressed in a decrease in the level of all cells – granulocytes, monocytes and lymphocytes – and can reach very low numbers – 100 or less cells in 1 μl. In this case, single granulocytes, as a rule, are still preserved in the blood.

Thrombocytopenia can also be very deep – up to several thousand platelets in 1 μl. At the same time, various cytostatic drugs unequally suppress normal hematopoiesis in general: cyclophosphamide, vincristine in therapeutic doses slightly inhibit thrombocytopoiesis, in contrast to rubomycin and methotrexate.

The absence of granulocytes leads to the development of septicemia with a high rise in body temperature, the appearance of severe symptoms of intoxication, as well as heavy sweats without local foci of inflammation. One of the most frequent complications of agranulocytosis is pneumonia with very few symptoms: dry cough, shortness of breath, blue discoloration, limited area of ​​bronchial breathing. In some cases, it is not possible to determine the focus of inflammation in the lungs by X-ray. The appearance of granulocytes leads to a weakening of intoxication, but sometimes to an increase in the physical signs of pneumonia.

In previous years, angina was the most important infectious complication of agranulocytosis. At present, apparently, due to the widespread use of antibacterial drugs that suppress streptococcus, this complication has become much less common and, as a rule, does not differ in a particular severity of the course and in rare cases leads to extensive necrosis.

In parallel with agranulocytosis, thrombocytopenia develops, although the drop in platelets to critical numbers, as well as their rise, is 1-2 days ahead of the dynamics of leukocytes.

The concept of a critical platelet level is certain: a dangerous hemorrhagic syndrome with a platelet level above 2 × 104 (20,000) in 1 μl usually does not develop. This figure is considered conditionally critical. At the same time, in many patients with aplastic anemia, the platelet level can remain for many months, and in autoimmune thrombocytopenia, for years, remain at lower numbers without severe bleeding. In cytostatic disease, bleeding is determined not only by the depth of thrombocytopenia, but also by its duration.

Gastrointestinal, nosebleeds, and cerebral hemorrhages may occur. At the height of the disease, platelets often decrease to critical numbers, sometimes to zero, reticulocytes in the blood during the period of myelotoxic agranulocytosis are not detected.

The duration of agranulocytosis (pancytopenia) usually does not exceed 1-2 weeks. However, with an overdose of myelosan, chlorbutin, and the usual doses of sarcolysin in patients with renal insufficiency, the duration of deep cytopenia may be significantly longer.

The exit from cytostatic myelodepression is accompanied by an increase in the number of platelets and leukocytes, the appearance of young forms, an increase in the percentage of reticulocytes. The exit from leuko- and thrombocytopenia usually occurs gradually over several days; clinical resolution of complications of cytopenia (infection, bleeding) usually occurs somewhat earlier than normalization of hematological parameters.

Tun I – ischemic enterocolitis (or pseudomembranous enteropathy) is manifested by limited necrosis of the intestinal mucosa, usually thin. Necrosis develops as a result of ischemia caused by impaired central hemodynamics and microcirculatory disorders in shock of any genesis.

Type II – ulcerative necrotizing enteropathy of the small and large intestine (usually the distal small intestine and the ascending large intestine). In addition to the multiple widespread erosions of the mucous membrane, there is a significant thickening of the entire intestinal wall due to edema (often hemorrhagic) and the spread of necrosis to the serous layer, possibly purulent inflammation of the peritoneum. A feature of this type of necrotizing enteropathy is the localization of lesions in the intestines with a developed lymphatic apparatus. With leukemia, this type of enteropathy may be based on leukemic proliferation in the lymphatic structures of the intestine.

Type III – hemorrhagic necrotizing enteropathy – hemorrhage in the wall of the small and large intestine with secondary infection with intestinal flora and the development of ulcerative necrotic changes similar to those in type II enteropathy.

Type IV – ulcerative necrotic changes in the oral cavity, mucous membrane of the pharynx and esophagus, rectum, as well as the anus and vagina. According to Amromin, mechanical damage to the mucous membrane is one of the main predisposing factors. In addition, these areas are most commonly affected by fungi.

Widespread enteropathy, especially types II and III, inevitably leads to the reproduction and dispersal of the intestinal flora, which in patients with agranulocytosis gives, as a rule, gram-negative septicemia with the development of endotoxin shock.

The clinical picture of necrotizing enteropathy in conditions of agranulocytosis has a number of features. Clinical and anatomical abnormalities do not match. One of the first symptoms is a rise in temperature, then there is either diarrhea, or mushy stools, or constipation. Moderate abdominal distension and pain, usually severe, cramping, most commonly in the ileum, accompanied by abdominal wall tension and symptoms of peritoneal irritation, are common. Particular difficulties in the diagnosis of abdominal catastrophes (primarily perforation of intestinal ulcers) in patients with necrotizing enteropathy arise when they take prednisolone, which is contraindicated in cytostatic disease. Against the background of the action of prednisolone, early diagnosis of developing peritonitis becomes impossible, since all pain symptoms lose their expressiveness, and even intestinal motility persists for quite a long time, although it becomes sluggish.

Objectively, the primary symptoms of necrotizing enteropathy are splashing, rumbling and soreness when palpating the iliac region. At this time, the tongue is coated and dry. Progressive signs of peritoneal irritation, disappearance of intestinal motility, detection of effusion into the abdominal cavity, and dryness of the tongue are indications for laparotomy, as they are a threat of perforation or symptoms of already formed perforation.

Patients have a sudden sharp pain in the abdomen, accompanied by acute vascular insufficiency and the appearance of symptoms of peritoneal irritation, which is quite typical for perforation of an intestinal ulcer. The duration of necrotizing enteropathy under the conditions of modern treatment does not exceed 1-1.5 weeks and, as a rule, ends with recovery.

Hair loss is very common in cytostatic disease and serves as a valuable indicator of the cytostatic origin of all other symptoms, which is sometimes important in expert situations.

A rather dangerous manifestation of cytostatic disease is hepatitis. It usually occurs with the use of cyclophosphamide, 6-mercaptopurine, methotrexate, rubomycin and begins without a prodromal period – jaundice occurs with a stable state of health, moderate liver enlargement, an increase in the number of enzymes, high alkaline phosphatase with relatively low bilirubinemia (mainly due to direct bilirubin) … It can be assumed that with careful monitoring of transaminases and alkaline phosphatase, cytostatic hepatitis will be detected much more often, since only cases with jaundice are usually detected, which is short-lived, and the increase in the level of transaminases is often delayed for many weeks. The disappearance of jaundice, the normalization of the liver size and the level of transaminases indicate the elimination of hepatitis and the possibility of continuing cytostatic therapy, if necessary.