This content has been written and checked for quality and accuracy by
Dr. Harry Gruenspan Content Administrator Updated on: 09/01/2021 Next review: 09/07/2021

Diabetes is a disease wherein the body does not have insulin which is enough to control the sugar amount in the blood properly. It is a serious disease where the blood sugar levels are too high and in the long run, too much of the glucose can damage the eyes, kidneys, and the nerves. Also, it can cause heart diseases or stroke and if it is very serious, you would need to remove your limb.

Two Types of Diabetes: There are basically two types of diabetes as shown below: 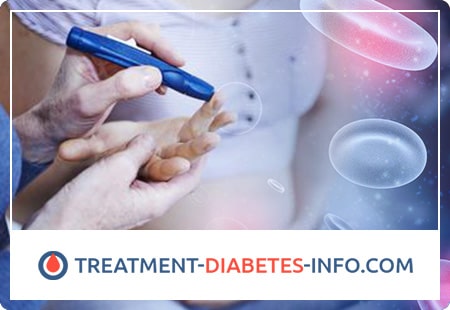 This is the most common complication when a woman is pregnant. It is represented to almost 3.3 percent of all the live births. Gestational diabetes occurs only when someone is pregnant and it is not most likely that everyone who is pregnant will get gestational diabetes. Before someone is pregnant, the level of blood sugar levels was normal but during the pregnancy, a woman is likely to have blood sugar levels that are high. But fear not even if you are a victim to gestational diabetes, then also you can have a healthy baby girl or a baby boy. Also, it usually goes away after the baby is born. When a woman is pregnant then the cells become a bit resistant to insulin which causes the amount of sugar or glucose to increase in the blood. The added sugar paves way for more nutrients to become available to the baby. If the cells become very much resistant so that the glucose can’t get into the cells, then the sugar levels in the blood become so high that it can cause problems for the pregnant woman and the baby.

However, there are some cases in which it is quite plausible that the woman ends up getting diabetes of type 2. This occurs rarely so it is not a definite outcome. There are also multiple steps and precautionary measures that can be taken by a pregnant woman to ensure a healthy and safe pregnancy.

The gestational diabetes is caused by not having enough insulin in the insulin resistance. During the pregnancy, the placenta in the body makes such hormones that increase the glucose buildup in the blood. Usually, the pancreas is responsible for handling the insulin and it only makes the amount of insulin that can be controlled by the pancreas. If this does not happen, then the blood sugar levels rise and the person falls a victim to gestational diabetes.

The Risk Factors of getting Diabetes during Pregnancy

The risk of getting diabetes during the pregnancy period lies between 2 percent and 10 percent as these are the percentages that are infected with gestational diabetes. Various studies have shown that nine out of every hundred women are affected by a condition which is known as GDM or gestational diabetes mellitus.

The Diagnosis of Diabetes during Pregnancy

Gestational diabetes usually occurs during this time interval of the second half any woman’s pregnancy. The doctor usually checks a woman in between the twenty-fourth or twenty-eighth weeks of the pregnancy period. If there is a higher chance for a pregnant woman to get gestational diabetes, then the doctor tests sooner than the intended weeks.

The following are the steps that are taken by any pregnant lady to check if she has gestational diabetes:

Even if all the results of the tests are normal but the woman is still at a high risk of having gestational diabetes, then a follow-up test is done sometime later during the pregnancy. This is done to ensure that you still do not have diabetes and that you will have a normal pregnancy free from any complications. The testing may also be done during the very first prenatal visit if there is a high chance of getting diabetes in the whole duration of the pregnancy.

The Symptoms of Gestational Diabetes

The doctor may ask you to do the following measures to treat diabetes during pregnancy.

Test the Blood Sugar Level. The blood sugar levels should be checked 4 or more times a day to see if the diabetes is controlled. This regular checkup of the blood sugar levels before you eat or an hour or two hours after you have eaten shows how constant how sugar levels remain. It is recommended to own a blood glucose meter so that it can be used at home. If you do not have one, then the doctor may prescribe it for the pregnant women and teach them how to use it if they do not know how to.

Urine Tests. Urine tests may be undertaken by pregnant women to check for ketones in the body. This ensures to check if the diabetes is controlled or not.

Balanced diet. A healthy and balanced diet must be taken by the pregnant woman which is recommended or suggested by the doctor that provides the growing baby with calories and nutrients that is required by the baby. The dietician may suggest the total number of calories that a woman needs according to the height and weight of any woman. If a person is overweight, then the dietician may advise you to lower the calories intake maximum to 1,800 calories every day. For an average weight, it is the norm for the woman to take calories between 2,200 and 2,500 per day.

The dietician may recommend you to:

Exercising Regularly. Exercising regularly and making a habit out of it ensures to keep that your diabetes is in order which in turn ensures a healthy and carefree pregnancy. At least, exercising weekly is important if your doctor tells you to add it the routine. Mild to moderate activity is preferred for about 15 minutes or even half an hour on some days. This helps the body to make use of the insulin better and also controls the blood sugar levels of the body. So, following the doctor’s instructions may help you in how much exercise you should do and what type of exercise is right for you and the baby.

Take Medication. It is most likely that the doctor may prescribe pills to the pregnant women despite the fact the blood sugar levels remain high. if this does not help, then insulin injections may be prescribed in order to keep the baby safe and sound.

Charting the Growth of the Baby. The doctor charts the growth of the baby during the last few weeks or months before the due date. This depends on gestational diabetes or the progression of the pregnancy. Some doctors prefer to have the baby delivered early than the date specified while others undergo with normal labor and delivery of the women with gestational diabetes. The doctor may even suggest C section when the baby is too large. After the delivery process, the doctor checks to see if the blood sugar levels are normal and then six weeks after the delivery takes place and then yearly checkups are done. 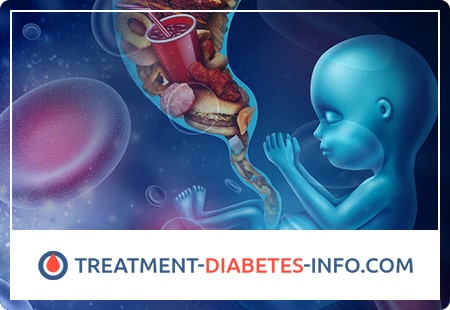 After Delivery the Baby

Some of the risk factors when women have gestational diabetes are that they may get diabetes sometime later in their life. The most likely diabetes a woman may get is the second type of diabetes. So, it is highly advised to any woman that after the baby is born, make sure to stick to exactly the same diet plan and exercise plan which is made for the individual to ensure that the woman may not be a victim to the type two diabetes.

Also, getting in a healthy weight which is the right weight for the individual lowers the risk of having the type 2 diabetes. Losing about five percent to seven percent when an individual is overweight helps the body. If a person weighs about 180 pounds, then losing 9 pounds will surely make a difference as shredding the extra pregnancy weight helps a woman to get in better shape and being an active mother as well.

How Gestational Diabetes affects the Pregnant Woman and the Baby?

The high blood sugar levels affect not only the pregnant woman but also the baby as well as the baby gets nutrients from the blood. The baby stores the extra sugar as fat which can make the baby grower larger than normal. The women are most likely to get certain complications in the pregnancy period as listed below.

The gestational diabetes also affects the pregnant women as shown below.

When a woman has gestational diabetes a woman needs to monitor her health very closely. A doctor or a midwife may be called when:

How to treat preexisting diabetes during pregnancy?

The health of the baby and a woman is very important during the pregnancy period and treating diabetes is essential for the above things to take place. Following are some precautionary measures that can be taken to ensure a healthy pregnancy.

The hypoglycemia may be experienced when the following three symptoms are observed which includes having blurred vision, experiencing fatigue which is unexplainable and also sudden changes in the mood is observed. All of this can be triggered by skipping meals, eating portions of meals that are very small, and also exerting individuals physically. It can be treated by eating something sugary or drinking something that contains sugar most preferable orange juice.

Hyperglycemia is a certain condition in which the body does not have insulin which is sufficient for the body or the body does not know how to use the insulin in the correct way. The symptoms which tell that an individual is suffering from hyperglycemia includes that one may be always thirsty and in need of water, sudden weight loss is experienced by the person and having to use the washroom quite often and as a matter of fact quite urgently as well. The hyperglycemia can usually be triggered by the improper balance of meals in the food consumption, problems may occur in the amount of insulin one is undertaking, taking too much of stress, an individual who falls sick often, and any physical movement is not made by the person. Also, the hyperglycemia may be treated just by adjusting the insulin dosages of a person.

Thousands and thousands of women every year are able to pave their ways in order to navigate through gestational diabetes with the most favorable outcomes. Managing diabetes medically is the key to the health and increases the success rates of the future pregnancies.