This content has been written and checked for quality and accuracy by
Dr. Harry Shapiro Content Administrator Updated on: 07/09/2022 Next review: 07/03/2023

The pancreas is an organ that produces the hormone insulin. When released this insulin helps the body to store sugar and fats from the food an individual eats. The glucose from the food is helped by the insulin to get into the cells of the body and hence provides energy.

Diabetes is a disease in which the pancreas produces insulin in a limited quantity, does not produce insulin at all or the body doesn’t respond to the insulin properly. In this condition, the blood sugar levels are usually high and need to be controlled to prevent from having serious problems over time. There is no cure as of today and the people with this disease have to manage their diabetes in order to set healthy and fit.

There are basically three basic types of diabetes even though other types do exist.

This article discusses the Type II Diabetes and guides anyone for a diet plan that one can follow to keep their diabetes in check.

Type II Diabetes is when the body does produce insulin but it does not know how to use the insulin. It is also commonly referred to as adult-onset diabetes or non-insulin dependent diabetes. Majority of the people have the second type which is at least ninety percent of the world’s population. There is no specific age for the diagnosis of the second type of diabetes so it can happen to just about anyone be it a child or an adult. Another surprising factor is that it remains undetected unless a complication is found or a blood or urine test is done. Otherwise one may not know he has diabetes for many years. Mostly it is associated with obesity which causes the insulin to resist in the body and leads to high glucose levels. The pancreas works hard to produce insulin but even then, it is not enough to keep the sugar levels normal.

It can cause major serious complication in the health especially in the small blood vessels that nourish the kidneys, nerve, and eyes. It even increases the chance of heart diseases and stroke. At the initial stage, people can easily manage their diabetes but as the years pass, the diabetes progress and most people have to switch to insulin or oral drugs to control their blood sugar levels. Type II is considered as a milder form of diabetes as compared to the Type I even though both are serious problems. 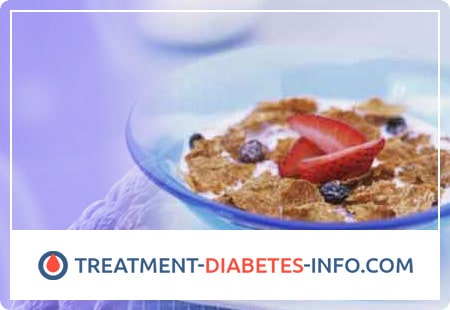 A diet plan for diabetes can follow different patterns and can be a ratio of fats, carbohydrates, and proteins. The carbs should come mainly from vegetables and the glycemic load should be low. The consumption of fats and proteins comes primarily from plants.

People can choose the most suitable and best-eating pattern for them even though there are some commonalities in the diet plan of diabetics which includes lots of vegetables and a limited amount of red meat and processed sugar. Also, the people must be aware of the carb content in their meals so that the blood sugar levels are not high.

Carbohydrates: The carbs are further classified into complex carbohydrates or simple sugars. The complex carbs have low glycemic levels and have extra nutrients which include fiber, vitamins, and very small amounts of fats and proteins. These extra nutrients decrease the glucose absorption and keep the blood sugar levels stable. Examples of complex carbs include brown rice, whole wheat, beans, fruits, vegetables, lentils, quinoa, and steel-cut oatmeal.

Whole Grains: brown rice, oatmeal, and quinoa are whole grains which are sources of fiber and nutrients. Due to the low glycemic load in them, it makes the whole grains good choices of food. In fact, the labels of processed food make the understanding of whole grains confusing. The blood sugar level is not impacted by the consumption of whole grains. It is highly recommended to select whole grain in the form of grains such as quinoa and brown rice or simply looking at the nutrition label for the fiber content.

Starchy Vegetables: These vegetables can be eaten in moderate quantity as they are rich in vitamin C which is higher in carbs as compared to green vegetables and lower in carbohydrates in comparison with refined grains. Potatoes, squash, corn and other root vegetables are examples of starchy vegetables. These are consumed in small portions in combination with proteins and plant-based fat.

Non –starchy Vegetables: This includes the green vegetables which can be consumed in abundantly as the impact on the blood sugar is low and has numerous health benefits. Also, studies have conveyed that frozen vegetables have vitamins IQ as they are frozen just after being harvested.

Fats: Fats have very little effect on the blood sugar and slow down the carbohydrates in the absorption process. However, fats have effects on the health which are not related to blood sugar such as cardiovascular disease.

Proteins: Proteins are known to provide energy with very little effect on blood sugar. Plant-based proteins should be part of every individual’s meal or snack. It helps with sugar cravings, satiety and also keeps the blood sugar stable. Animal and plant are both sources of proteins. However, animal sources have unsaturated fats which are unhealthy. Beans, eggs, seafood, legumes, tofu or soy foods, organic dairy products, peas, and lean meats like chicken and turkey are good sources of proteins.

Extra attention is needed for the proper balancing of macronutrients such as fat, protein, and carbohydrates in one’s meal for the purpose of stabling the blood sugar levels. Proteins, fats, and fiber decrease the absorption process of carbs. This results in a slower and lower release of insulin and in turn, a steady transportation of glucose into the targeted tissue takes place. 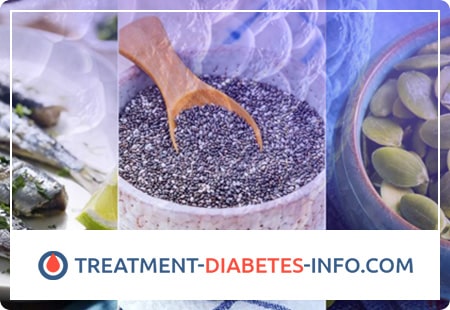 Here are five superfoods listed below which can be consumed by a diabetic person to improve their overall health.

Chia Seeds. Chia seed is one of the types of seed which yields protein, fiber, and omega 3 fatty acids. Chia seeds are labeled as a superfood as it decreases a load of glycemic in any meal. It also helps to make one feel full that is hunger satisfaction and stables the blood sugar. If chia is added to one’s breakfast, it helps satisfies the hunger for long periods of time. Soluble fiber is the primary fiber in the seeds and is used as a thickener in baking and cooking. It makes an amazing as well as healthy pudding when the chia seeds are mixed with almond milk, cocoa, and sweetener of low glycemic.

Wild salmon. Wild salmon contains anti-inflammatory fatty acids of omega-3. The wild salmon usually eats smaller fish and is habituated to live in cold waters which make them develop properties of anti-inflammatory in their meat. On the other hand, farm fish have organic pollutants, antibiotics, and various other contaminants. These contaminants are pro-inflammatory and increase the chance of heart disease and cancer.

White Balsamic Vinegar. The white balsamic vinegar is put as a dressing in salads and is the best way to consume the vinegar. The vinegar slows down the gastric emptying and is proven to be very beneficial for people with the second type of diabetes. The vinegar satisfies your hunger so one isn’t likely to overeat during a meal. Also, small steady insulin is released into the blood instead of the large surge of insulin.

Cinnamon. Cinnamon lowers the glucose with the type II diabetic people. Various researches have shown that cinnamon is beneficial if it is consumed by 1 teaspoon per day.

Lentils. Lentils contains lots of fiber, vitamins, and a lot of proteins as well. They are also rich in iron, vitamin B such as folate, and other minerals. The balanced levels of proteins and fiber or complex carbs make lentils great and they can be cooked in various ways and hence are versatile. The green and brown lentils stay hard when cooked and are best to eat in a tasty salad. The orange lentils soften when they are cooked making them suitable for cooking soups, curries, and dal.

Foods needed to be Avoided

Diabetic people of type II should avoid certain food and beverages to maintain a constant blood sugar level. Besides, these are food which should be consumed in a limited quantity by everyone and not just diabetics. The restrictions of dietary include as follows: