This content has been written and checked for quality and accuracy by
Dr. Harry Shapiro Content Administrator Updated on: 08/09/2022 Next review: 08/03/2023

Insulin is a hormone secreted in our blood by the pancreas. It helps the sugar (glucose) in our blood to get sucked up by the cells of our body which serves in maintaining our energy level. But when this momentous hormone is either not being manufactured or when it is not properly consumed by the body, sugar begins to get deposited in the bloodstream, and the sugar level gets high. This concludes in the person falling prey to the dangerous ailment of diabetes.

With the high levels of glucose deposited in the blood, a person is likely to be diabetic. There are two types of diabetes. Type 1 is when the pancreas stops producing insulin. Whereas Type 2 is caused when insulin is either not produced or not properly consumed by the body. If you are under one of these circumstances, you might get Pre-diabetes.

Failure in controlling the state of your diabetes seriously, might lead to other diseases and even cause to remove a limb. Kidney and heart diseases are quite common among diabetic patients. Sugar deposition in the blood can cause the blood vessels to block. The cause of death of people suffering from diabetes is often noted to be a heart stroke. 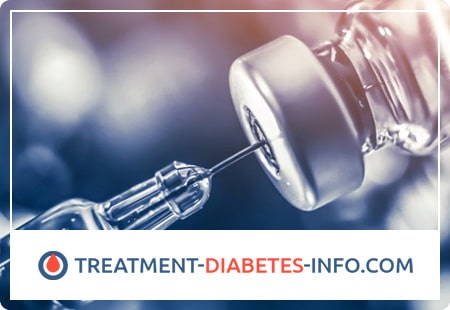 Insulin therapy is prescribed to patients with Type 1, and in some cases, Type 2 diabetes. As this hormone cannot be gulped down, it is injected by Insulin pen/pump. One should consult a doctor to learn what amount if Insulin should be consumed per day. The preparation process of a do might sound a bit complicated but one would get along with it eventually.

Myths are referred to traditional beliefs and popular misconceptions that are formed out of almost everything. Being a part of this superstitious and mythological society, we keep up with the myths spread all over around us. Insulin therapy too, has some serious mythological views built up. These myths often become a barrier in curing the illness. People even get afraid due to the harshness of some misconception and this ignores the disease which gives way to some serious scenarios. Some of the most common myths, along with the stated facts are scripted below:

Fact: Many people assume that Insulin therapy is only for the Type 1 diabetics, because the production of Insulin in the body comes to a standstill during Type 1 diabetes. However, in some cases of Type 2 diabetes, Insulin therapy is prescribed due to the insufficient secretion of Insulin by the pancreas. In order to meet the requirement, insulin is injected to control the glucose level in the bloodstream. This ends up in diminishing the existence of this loosely stated myth.

Fact: People suffering from Trypanophobia (needle phobia) are hesitant to consider insulin injections for diabetic therapy. But this should sound relieving to their ears that the needles used in insulin pens and injections cause no pain at all. They are too small since Insulin only has to be deposited under the skin. The receptor and nerve area remain untouched. Some modern insulin pens are so designed that they are barely felt.

Fact: Well, that is not true at all. Healthy habits are always meant to be followed no matter what state a person is in. Insulin therapy doesn't mean that you can eat unhealthily and forget about the precautions. Because doing that will play a role in inviting other diseases. Also, the sugar level won't stay in control which can be really injurious to your precious health. The adaptation of a healthy lifestyle along with Insulin intake can contribute in making the person fit, healthy and active.

Fact: Weight gain is noticed in Type 2 diabetics after the initiation of Insulin therapy, which indicates in this myth to be a true one. This happens due to the process that gets started by the consumption of Insulin. People assume that obesity is an outcome of diabetes. Although, this gain in weight is not permanent and once the body gets used to it, it resolves. Despite the true nature of this myth, one can overcome it with proper diet and exercise.

Fact: This is funny enough. Insulin is a hormone produced by our body. When it is ceased to be manufactured, our body can get defected. This points toward the utter need of Insulin in our body. So, this important hormone can’t trap a person to become addictive to it. Since it is not a drug but a need required to be fulfilled. Thus, the myth should be demolished as it is quite wrong to assume such a thing.

Fact: People assume this when they have seen someone suffer and die due to diabetes, and changing their perceptions about it is pretty hard. When in general; insulin contributes the best in reducing and postponing these effects. Some complications are caused when this disease gets serious. Kidney failure, blindness, and other diseases may arise which are an outcome of the overly deposited sugar. When sugar level is increased in your bloodstream in a relatively higher amount, blood vessels may get a block. Resulting in an organ failure or worse, whereas insulin works in delaying them in the best possible way

Fact: Confusion is spread when people misunderstand diabetes to be a sugar problem and not to be concerned with insulin. This is one assumption that is exceptionally wrong. Insulin helps in controlling sugar level in our bloodstream. The sugar built-up during diabetes can be avoided by Insulin intake. This way, Insulin therapy is can provide the utmost cure to it if adapted with a healthy lifestyle.

Fact: Insulin therapy does not bound or restricts a diabetic anyhow. Insulin paraphernalia is compact and can be carried during travel. Your style will not be affected because a curing your illness does not sound old-fashioned or out of trend. Instead of worrying about how that might sound, one should make the best efforts to fight and reciprocate to the disease. Insulin is helping you pretty much to cope with your condition and to make it better and won’t affect it in any way possible.

Fact: In the starting phases of Insulin therapy, the different modes may sound confusing and complicating to your ears. The preparations of different insulin doses and the calculate amounts that need to be added precisely may disturb you a little but you will get along eventually and get a grip on all of it. And soon you will add all of this in your routine and it will not be as irritating as it sounds. Simple.

Fact: For all the people suffering with diabetes, a big ‘no’ should be uttered if you feel like you have somehow reached the verge of failure if your doctor has prescribed Insulin therapy to you. This sounds like the most demotivating myth of all. But insulin therapy has got nothing to do with personal failure and is solemnly prescribed for the betterment of your state and to prevent your health from deteriorating. Insulin injections produce almost the same kind of Insulin that is produced by our body. So don’t depress over such foolish myths.

Fact: Most women, during their pregnancy period, become diabetic. Without proper care and necessary treatment, the disease may continue to follow even after childbirth. But due to this illogical myth, most women don’t get their diabetes cured due to the fear that it might cause harm to their premature child and end up as a diabetic or sometimes experience even worse circumstances. Insulin is produced in our body and is a necessity. The consumption of such a hormone cannot result in injurious effects and will only help in controlling the sugar level in the bloodstream.

Fact: Diabetes is a serious disease and one must take it seriously from the initial stages. Insulin therapy doesn’t mean in the increment in the seriousness of the ailment. Instead, it is used as a replacement for other oral medications when they are not working properly. Insulin therapy in general, is more effective and handy as compared to other kinds of therapies and cures.

Fact: In type 2 diabetes, insulin consumption is often temporary and doesn’t last for a long period of time. Along with exercise, diet plans and by monitoring the sugar level regularly type 2 diabetics can replace insulin therapy. Similarly, in gestational diabetes, with proper care and temporary insulin consumption, they get cured. While for people with other types of diabetes, it stays on a long-term basis and is even meant to be consumed throughout their lives.

Fact: Oral medications are although an effective and convenient way to keep your diabetes under control but in some cases, it doesn’t work effectively. On the other hand, almost all types of diabetic patients can be treated with Insulin. Finding alternatives and self-medication may lead to some harm. To avoid such a state, diet plans and the prescribed treatment should be strictly followed and regular exercise should be made a part of your day. 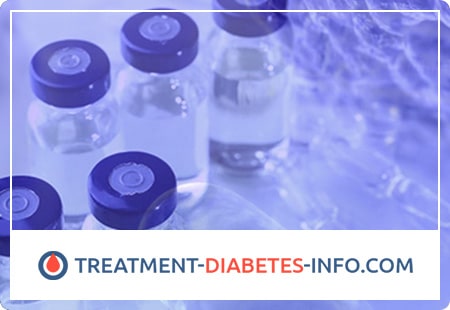 These senseless myths have been formed due to the lack of awareness about diabetes. If a diabetic wants to improve his health, he or she must follow a healthy diet and exercise on a regular basis. Attending sessions that provide awareness about diabetes, its cures, and the misconceptions that must be demolished; in order to allow a diabetic to attain a healthy life will be very beneficial. Moreover, taking detailed advice from your health team and following the instructions carefully can help you in getting rid from a disease like this one.

The sea of knowledge, advancement, and progress is literally the widest and the deepest one. To know something specific, one must take the initial step for it. Everyday we encounter dozen of words, things, and processes that we know nothing about. Of course one can not be a “know-it-all”. But the question here is how do you cope with something when you have no idea how it works? Do you gossip about it and believe in rumors, or do you contact the concerned facilitator?

You are never going to choose the gossip option. To get a grip on something, proper research and a thorough discussion regarding that matter with a learned individual are the key elements.

Similar is the case while coping with diabetes and insulin therapy. If you do not talk to a trusted source about it, you will end up believing in the mythological assumptions and forming the wrong perceptions.

Diabetes is a dangerous disease and if proper care is not taken to treat it, it might invite other harmful diseases like kidney problems, cardiovascular diseases, high blood pressure etc. In order to attain a stable condition, a diabetic must spend quality time exercising regularly along with following appropriate diet plans and monitoring your sugar level. Necessary oral medications and therapies must be taken to prevent the possible risks of health deterioration and to enjoy a healthy lifestyle.