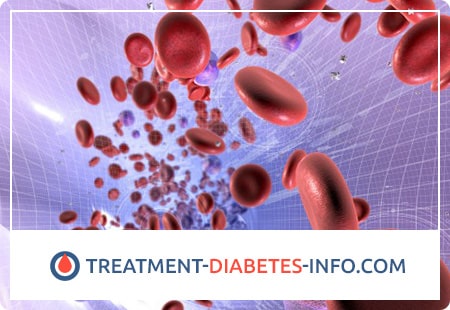 What is Chronic Myeloid Leukemia?

Chronic myeloid leukemia (CML) ranks third among all leukemia. It accounts for about 20% of cases of blood cancer. Currently, over 3 thousand patients are registered in Russia. The smallest of them is only 3 years old, the oldest is 90.

Like the vast majority of other leukemia, chronic myeloid leukemia occurs as a result of acquired (i.e., non-congenital) damage to the chromosome apparatus of a single bone marrow stem cell.

The exact cause of this change in chromosomes in patients with CML is still unknown. Most likely, there is a random exchange of genetic material between chromosomes, which at a certain stage in the life of the cell are located in close proximity to each other.

The question of the influence on the incidence of CML by such factors as low doses of radiation, weak electromagnetic radiation, herbicides, insecticides, etc. remains an issue of significant increase in the incidence of CML in individuals exposed to ionizing radiation. Among chemical agents, the association with the onset of CML has been established only for benzene and mustard gas.

The substrate of chronic myelogenous leukemia is composed mainly of maturing and mature cells of the granulocyte series (metamyelocytes, stab and segmented granulocytes).

It is believed that the translocation t (9; 22), leading to the formation of the BCR-ABL1 chimeric gene, plays a key role in the occurrence of chronic myeloid leukemia. Moreover, the 1st exon of the ABL1 gene is replaced by a different number of 5′-terminal exons of the BCR gene. Chimeric Bcr-Abl proteins (one of them is p210BCR-ABL1 protein) contain the N-terminal Bcr domains and the C-terminal Abl1 domains.

The ability of chimeric proteins to cause tumor transformation of normal hematopoietic stem cells has been demonstrated in vitro.

Oncogenicity of the p210BCR-ABL1 protein is also evidenced by experiments in mice that received a lethal dose of radiation. When they received bone marrow cells that were infected with a BCR-ABL1 gene-carrying retrovirus, half of the mice developed myeloproliferative syndrome, which resembled chronic myelogenous leukemia.

Other evidence for the role of the p210BCR-ABL1 protein in the development of chronic myelogenous leukemia follows from experiments with antisense oligonucleotides complementary to the transcript of the BCR-ABL1 gene. It was shown that these oligonucleotides inhibit the growth of colonies of tumor cells, while normal granulocyte and macrophage colonies continue to grow.

The fusion of the BCR gene with the ABL1 gene leads to an increase in the tyrosine kinase activity of the Abl1 protein, its ability to bind to DNA weakens, and binding to actin is enhanced.

At the same time, the detailed mechanism of the transformation of normal bone marrow cells into tumor cells is unknown.

The mechanism of the transition of the disease from the advanced stage to the blast crisis is also unclear. Fragility of chromosomes is inherent in a tumor clone: ​​in addition to translocation t (9; 22), trisomy on the 8th chromosome, deletion in 17p can appear in tumor cells. The accumulation of mutations leads to a change in the properties of tumor cells. According to some researchers, the blast crisis development rate depends on the localization of the breakdown point of the BCR gene. Other researchers refute these data.

Before the blast crisis, DNA methylation can occur at the BCR-ABL1 gene locus.

There is also information about the participation in the progression of chronic myeloid leukemia IL-1beta.

The data presented indicate that tumor progression is due to several mechanisms, but the exact role of each of them is unknown.

The moment of occurrence of chronic myeloid leukemia, like any other leukemia, has no symptoms and always goes unnoticed. Symptoms develop when the total number of tumor cells begins to exceed 1 kilogram. Most patients complain of general malaise. They get tired faster, and during physical work they may experience shortness of breath. As a result of anemia, the skin becomes pale. Patients may experience discomfort in the left half of the abdominal cavity caused by an enlarged spleen. Often patients lose weight, note increased sweating, weight loss and inability to tolerate heat. During a clinical examination, most often the only pathological sign is an enlarged spleen. An increase in the size of the liver and lymph nodes in the early stage of CML is practically not found. In about a quarter of cases, chronic myeloid leukemia is detected quite by accident, during a routine medical examination. Sometimes the diagnosis of CML is already at a more aggressive stage – acceleration or blast crisis.

The first stage is benign, lasts several years, characterized by an increase in the spleen.

Infectious diseases are often reported. Typical signs of intoxication are weakness, sweating. Sometimes the first symptom is a slight pain, heaviness in the left hypochondrium, which is associated with an increase in the spleen, subsequently there are spleen heart attacks. For no apparent reason, the temperature rises, bone pains appear.

The disease proceeds chronically with periods of exacerbation and remissions. The average life expectancy is 3-5 years, but isolated cases of a prolonged course of chronic myelogenous leukemia (up to 10-20 years) are known. The clinical picture depends on the stage of the disease.

The prognosis is ambiguous and depends on the stage of the disease. During the first two years after diagnosis, 10% of patients die, each subsequent year a little less than 20%. Median survival is approximately 4 years.

Blood and bone marrow picture In a typical case, neutrophilic leukocytosis with the appearance of young forms of neutrophils, accompanied by hyperthrombocytosis, lymphocytopenia, is characteristic. As the disease progresses, anemia and thrombocytopenia increase. In children, a juvenile form of chronic myeloid leukemia without hypertrombocytosis, but with high monocytosis, is more often observed. The number of basophils often increases, eosinophilia takes place. In the first benign stage, bone marrow cells are normal in all respects. In the second stage, blast forms appear in the bone marrow and blood, a rapid increase in the number of leukocytes in the blood is noted (up to several million in 1 μl). Characteristic signs of the terminal stage are the detection in the blood of fragments of megakaryocyte nuclei, inhibition of normal hematopoiesis.

The diagnosis of chronic leukemia is established on the basis of complaints, examination, blood tests, biopsy, cytogenetic analysis. Assisted examination methods such as PET-CT, CT, MRI also help in establishing the diagnosis.

Diagnosis is by blood count. Crucial is bone marrow puncture. The differential diagnosis is carried out with lymphogranulomatosis and lymphosarcomatosis.

In the advanced stage of the disease, small doses of myelosan are prescribed, usually within 20-40 days. When white blood cells fall to 15,000–20,000 in 1 μl (15–20 G/L), they switch to maintenance doses. In parallel with myelosan, irradiation of the spleen is used. In addition to myelosan, it is possible to prescribe myelobrom, 6-mercaptopurine, hexaphosphamide, hydroxyurea. At the blast crisis stage, a combination of drugs gives good results: vincristine-prednisolone, cytosar-rubomycin, cytosartioguanine. Bone marrow transplantation is used.