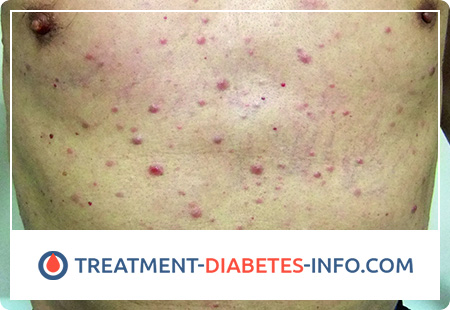 What is Acute Myeloid Leukemia?

Acute myeloid leukemia is a relatively rare malignant disease. So, in the USA, 10,500 fresh cases of AML are detected annually, and the incidence remains unchanged from 1995 to 2005. The death rate from AML is 1.2% of all cancer mortality in the USA.

The incidence rate of AML increases with age, the average age of detection of the disease is 63 years. AML accounts for about 90% of all acute leukemia in adults, but it is rare in children.

The incidence of AML associated with prior treatment (i.e., AML caused by previous chemotherapy) is increasing. Currently, such forms reach 10-20% of all cases of AML. AML is somewhat more common in men, the incidence rate is 1.3 to 1.

There are some geographical differences in the incidence of AML. In adults, the highest incidence in adults occurs in North America, Europe and Oceania, and in Asia and Latin America, the incidence of AML is lower. Conversely, childhood AML is less common in North America and India than other parts of Asia. These differences can be determined by the genetic characteristics of the population and the characteristics of the environment.

A number of factors contributing to the occurrence of AML have been identified – other disorders of the hematopoietic system, exposure to harmful substances, ionizing radiation, and genetic effects.h

Exposure to benzene and other aromatic organic solvents associated with professional activities as a possible cause of AML remains controversial. Benzene and many of its derivatives exhibit carcinogenic properties. Some observations confirm the possibility of the influence of professional contacts with these substances on the likelihood of AML, however, other studies confirm that if such a danger exists, then it is only an additional factor.

Ionizing radiation
Exposure to ionizing radiation increases the likelihood of AML. In survivors of the atomic bombing of Hiroshima and Nagasaki, the incidence of AML is increased, as well as among radiologists who received high doses of x-ray radiation at a time when radiological protection measures were insufficient.

Genetic factors
There is probably a hereditarily increased likelihood of AML disease. There are a large number of reports of many family cases of AML, when the incidence exceeded the average. The likelihood of AML in the immediate family of the patient is three times higher.

The pathogenesis of leukemia is associated with the activation of cellular oncogenes (proto-oncogenes) when exposed to various etiological factors, which leads to a violation of the proliferation and differentiation of hematopoietic cells and their malignant transformation. In humans, an increase in the expression of a number of proto-oncogenes in leukemia has been recorded; ras (1st chromosome) – with various leukemia; sis (22nd chromosome) – with chronic leukemia; thu (chromosome 8) – with Burkitt’s lymphoma.

The importance of hereditary factors in the development of leukemia is often emphasized by the family nature of the disease. When studying the karyotypes of leukemic cells, changes are detected in the set of their chromosomes – chromosomal aberrations. In chronic myeloid leukemia, for example, a decrease in the autosome of the 22nd pair of chromosomes of leukemic cells is constantly detected. In children with Down disease, which also reveals a P-chromosome, leukemia occurs 10-15 times more often.

Thus, the mutational theory of the pathogenesis of leukemia can be considered the most probable. Moreover, the development of leukemia (though not all) is subject to the rules of tumor progression. The change in the monoclonal nature of leukemic cells by the polyclonality is the basis for the appearance of blast cells, their eviction from the bone marrow and the progression of the disease – blast crisis.

The clinical picture of AML is quite well known and is manifested by the following syndromes: anemic, hemorrhagic and toxic, which are characterized by pallor of the skin, severe weakness, dizziness, decreased appetite, increased fatigue, fever without manifestations of catarrhal phenomena.

Lymph nodes in most patients are small, painless, not soldered to the skin and to each other. In rare cases, enlarged lymph nodes from 2.5 to 5 cm in size are observed with the formation of conglomerates in the cervical-supraclavicular region. Changes in the osteoarticular system in some cases are manifested by pronounced osalgia in the lower extremities and in the spinal column, which is accompanied by impaired movement and gait. On radiographs of the skeletal system, destructive changes of various localization, periosteal reactions, and osteoporosis are noted. Most children have a slight increase in the liver and spleen (they protrude from the edge of the costal arch by 2-3 cm).

Extramedullary tumor lesions are more often manifested by gingivitis and exophthalmos, including bilateral; in rare cases, there are tumor soft tissue infiltration, palatine tonsil hypertrophy, damage to the nasopharynx and facial nerve, as well as leukemids on the skin.

According to autopsy, granulocytic (myeloblastic) sarcoma is diagnosed in 3-8% of cases in patients with AML. It can precede or be combined with the signs of AML, characterized by blast bone marrow infiltration and the presence of blasts in the peripheral blood, and also be observed with a relapse of the disease. The most common localization of tumor growth is the orbit (the orbital tissue and internal structures of the skull are affected). Blast cells are more often represented by the M2 type, with a translocation t (8; 21). A number of authors point to a poorer prognosis in these patients than in typical AML.

The prognosis factors in patients with AML are less studied than in patients with ALL. A large number of one- and multi-factor studies were conducted, with the help of which it became possible to determine the favorable and unfavorable signs of the disease for prescribing rational treatment. The factors on which the prognosis of AML in children depends are divided into clinical and laboratory. Clinical ones include age, gender, medical history, sizes of parenchymal organs, severity of hemorrhagic syndrome, initial CNS damage, time of onset of remission, the number of chemotherapy courses. Among laboratory prognostic factors, the sensitivity of blast cells to chemotherapy drugs in vitro, the number of leukocytes in the analysis of peripheral blood, the FAB variant of AML, the level of fibrinogen, the level of lactate dehydrogenase, the presence of Auer rods in blasts are distinguished.

The prognosis for AML depends on the FAB morphological variant, genetic data and blast cell immunophenotype. So, the most favorable group consists of patients with morphological variants M1, M2 and t (8; 21), t (9; 11), M3 and t (15; 17) or M4 and inv (16). The group unfavorable for prognosis includes patients with options M4 without inv (16), M5, M6, and M7, as well as patients whose study of the tumor cell karyotype revealed the following chromosomal abnormalities: t (9; 22), t (6; 11 ), t (10; 11), del5q-, del7q-, monosomy -5, -7. In addition, our studies were able to prove that the prognosis of AML is adversely affected by the expression of erythroitic and B-linear antigens on the surface of blasts.

The diagnosis of AML is established in more than 30% of cases of determining blasts in the bone marrow. Blasts should have the morphological and cytochemical characteristics of one of the FAB variants of AML.

Cytochemical data aimed at the diagnosis of disease variants are a positive reaction to myeloperoxidase, with Sudan black B and nonspecific esterase, inhibited by sodium fluoride. Moreover, the totality of these indicators differs for different AML options. Thus, the presence of a positive reaction to myeloperoxidase is characteristic for variants M1, M2, M3, and M4, while nonspecific esterase, inhibited by sodium fluoride, is specific for variants M4 and M5.

An important addition to the diagnosis of AML are immunophenotypic studies that specify standard morphological diagnostics and variants of AML.

The most common and widely used to confirm the non-lymphoid nature of leukemia are CD13 and CD33 antigens, CD65 is used less frequently. Evaluation of these three markers confirms the myeloid nature of tumor cells in 98% of cases of AML in children.

Chromosomal analysis is necessary to predict the outcome of AML treatment. In approximately 75% of children with AML, one or another chromosomal aberration can be detected, among which there are abnormalities characteristic only for certain variants of AML. So, t (8; 21) is associated with the M2 variant, t (15; 17) – with the M3 variant, inv (16) – with the M4 variant with eosinophilia. An anomaly of 11q23 occurs with variants M4 and M5 and t (1; 22) with the M7 variant. Using the methods of molecular biological diagnostics – polymerase chain reaction (PCR) and FISH (fluorescent in situ hybridization) – it is possible to determine chromosomal aberration that was not detected by standard cytogenetic studies. This is especially important for choosing a specific type of treatment in case of confirmation of the M3 option. In addition, due to the introduction of molecular diagnostics of AML, patients can now observe not only clinical and hematological, but also molecular remission, followed by monitoring the minimum residual disease and determining molecular recurrence.