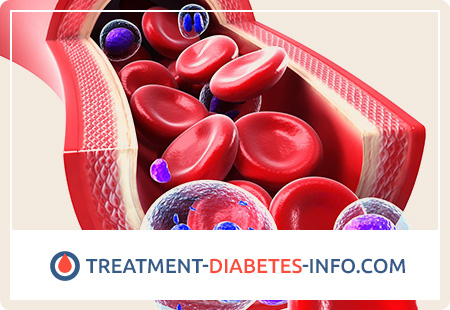 What is Chronic Lymphocytic Leukemia?

Chronic lymphocytic leukemia / small cell lymphocytic lymphoma (CLL / MLL), according to the WHO classification of tumor diseases of the hematopoietic and lymphoid tissues, is a tumor of monomorphic small round B-lymphocytes present in the peripheral blood, bone marrow and lymph nodes together with prolymphocytes and paraimmunoblasts (pseudofollicles) and usually expressing CD5 (T-cell antigen), CD23 and other B-cell antigens (CD19, CD20) with a low level of expression of surface immunoglobulins.

More than three-quarters of people with this type of leukemia are over 60; in men, it occurs 2-3 times more often than in women. Chronic lymphocytic leukemia is rare in Japan and China, as well as among immigrants from Japan who moved to the United States, which indicates that a genetic factor plays a role in the development of the disease. In Russia, 2 out of 100,000 people get chronic lymphocytic leukemia.

Relationship with age (but age does not affect clinical signs at the time of diagnosis, the speed and duration of the response, although survival in the elderly is lower), gender (men fall ill almost 1.5 times more often than women, but this ratio does not depend on age) , genetics (heredity, race) is well known. It is noteworthy that, despite the markedly lower frequency (20 times) of chronic lymphocytic leukemia among the Asian population compared with the European and North American, in the first case, the disease occurs at a younger age and has a more aggressive phenotype in the absence of differences in overall survival, that so far has not found its explanation.

However, they note the absence of a clear link between chronic lymphocytic leukemia and previous chemotherapy and radiotherapy for other diseases, environmental factors and occupational factors (pesticides, viruses, ionizing radiation, electromagnetic field), although some factors, including radiation, are suggested , not through a mutagenic effect, but through disruption of intercellular interactions between individual subpopulations of lymphoid cells in a polyclonal population of lymphoid cells in an organ kite, which is considered as a characteristic component leykozogennoy situation in chronic lymphocytic leukemia.

The high frequency of chronic lymphocytic leukemia in relatives of patients indicates the fact that the risk of chronic lymphocytic leukemia is more determined by a hereditary predisposition than by any external factor. The pathogenesis of familial disease is associated with regions of chromosomes 13q, as well as 1, 3, 6, 12, and 17. Atm, brca2, chek2 genes responsible for the regulation of the cell cycle and DNA repair, including its double breaks, are supposed to participate. Moreover, the atm gene is located on the chromosome (11q13), which is often affected by CLL disorders. Given that mutations of these genes are observed with ataxia-telangiectasia and breast cancer (relatives of patients with these diseases are characterized by an increased risk of lymphoproliferative diseases), the role of these genes in the predisposition to the development of chronic lymphocytic leukemia becomes more likely. In the blood of relatives, circulating CD19 + / CD5 + B cells (signs of clonal B-lymphocytosis) are detected. Family cases of chronic lymphocytic leukemia (more often in siblings than in children of patients) do not necessarily occur more aggressively and are accompanied by a shortened life expectancy of the sick in the pairs of parents-children, although the disease in the offspring was detected at an earlier age, and in no case was the identical repertoire revealed IgVH. Various approaches are used to identify the molecular mechanisms of familial cases of chronic lymphocytic leukemia.

The number of malignant mature lymphocytes grows first in the lymph nodes. Then the lymphocytes enter the liver and spleen; both organs begin to increase. As these lymphocytes invade the bone marrow, they displace normal cells, which leads to anemia and a decrease in the content of normal white blood cells and platelets in the blood. The level and activity of antibodies (proteins that help the body fight infectious agents) also decreases. The immune system, which protects the body from foreign substances, often begins to respond to normal body tissues and destroy them. This pathological immune activity can lead to the destruction of red blood cells and platelets, inflammation of the blood vessels, joints (rheumatoid arthritis) and the thyroid gland (thyroiditis). Different forms of chronic lymphocytic leukemia are distinguished, depending on what type of lymphocytes undergoes malignant changes.

In the early stages of the disease, patients usually have no symptoms other than swollen lymph nodes. Possible symptoms may include fatigue, loss of appetite, weight loss, shortness of breath on exertion, and a feeling of fullness in the abdomen due to an enlarged spleen. With T-cell leukemia, skin lesions can develop at an early stage of the disease, which leads to the appearance of an unusual rash, as in Cesari’s syndrome. As the disease progresses, pallor appears and subcutaneous hemorrhages easily occur. Bacterial, viral and fungal infections usually join only in the late stages of the disease. Sometimes a disease is detected by accident when an analysis of blood prescribed for other reasons reveals an increase in the number of lymphocytes – more than 5000 cells in 1 μl (normal – 1200-3000). In these situations, a bone marrow biopsy is usually done. In a person suffering from chronic lymphocytic leukemia, the content of lymphocytes in the bone marrow increases. Blood tests can detect anemia, a decrease in platelet count, and a decrease in antibody levels.

A bone marrow examination makes it possible to establish a diagnosis of leukemia and evaluate the effectiveness of treatment.

Spinal puncture allows you to identify tumor cells in the cerebrospinal fluid and carry out treatment by administering chemotherapy.

X-ray examinations of the chest and bones reveal a lesion of the lymph nodes of the mediastinum, bones and joints.

Computed tomography (CT) makes it possible to detect damage to the lymph nodes in the chest cavity and abdomen.

Magnetic resonance imaging (MRI) is especially indicated in the study of the brain and spinal cord.

Ultrasound examination (ultrasound) allows you to distinguish between tumor and cystic formations, to identify damage to the kidneys, liver and spleen, lymph nodes.

As chronic lymphocytic leukemia progresses slowly, many people do not need treatment for several years – until the lymphocyte count begins to increase, the lymph nodes do not increase, and the number of platelets and red blood cells decreases. Anemia is treated with transfusions of red blood cells and injections of erythropoietin (a medicine that stimulates the formation of red blood cells). With a decrease in platelet count, the corresponding blood component is transfused, and with the development of an infectious disease, antibiotics are prescribed. Radiation therapy is used to slow the growth of the lymph nodes, liver and spleen when this is accompanied by discomfort.

Medicines that are used to treat leukemia itself do not cure the disease and do not prolong life, and besides, they can cause serious side effects. Excessive treatment is more dangerous than inadequate. When the number of lymphocytes becomes very large, the doctor may prescribe antitumor agents, sometimes in combination with corticosteroids (hormonal agents). Reception of prednisolone and other corticosteroids may be accompanied by a significant and rapid improvement in people with advanced leukemia. However, this reaction is usually short-lived, and in addition, corticosteroids cause many side effects with prolonged use, including the increased risk of serious infections.

Drug therapy for B-cell leukemia includes alkylating agents that kill cancer cells by interacting with their DNA. Alpha-interferon is highly effective for the treatment of hairy cell leukemia.

Forecast
Most forms of chronic lymphocytic leukemia progress slowly. The patient’s chances of recovery depend on how far the disease has gone. The determination of the stage of the disease is based on indicators such as the number of lymphocytes in the blood and bone marrow, the size of the spleen and liver, the presence or absence of anemia, and the platelet content. People who have B-cell leukemia in their early stages often live 10-20 years after being diagnosed and usually do not need treatment. Patients who have anemia and have a platelet count of less than 100 x 10 ‘1 liter of blood (norm 180-320 x 109) have a worse prognosis than those who do not have anemia and platelet count is normal. Usually death occurs due to the cessation of bone marrow function: it cannot produce enough normal cells that can deliver oxygen to the body’s cells, fight infections and prevent bleeding. In people with T-cell leukemia, the prognosis is slightly worse.

For reasons apparently related to changes in the immune system, patients with chronic lymphocytic leukemia are more likely to develop other oncological diseases.